Eric Bullard of California pleaded guilty to laundering money from fraudulently obtained SBA loans and from a law firm that was the victim of a business email compromise.

Christopher Gardiner of Cranford has been sentenced to 250 months in prison for distributing multiple images and videos depicting child sexual abuse. 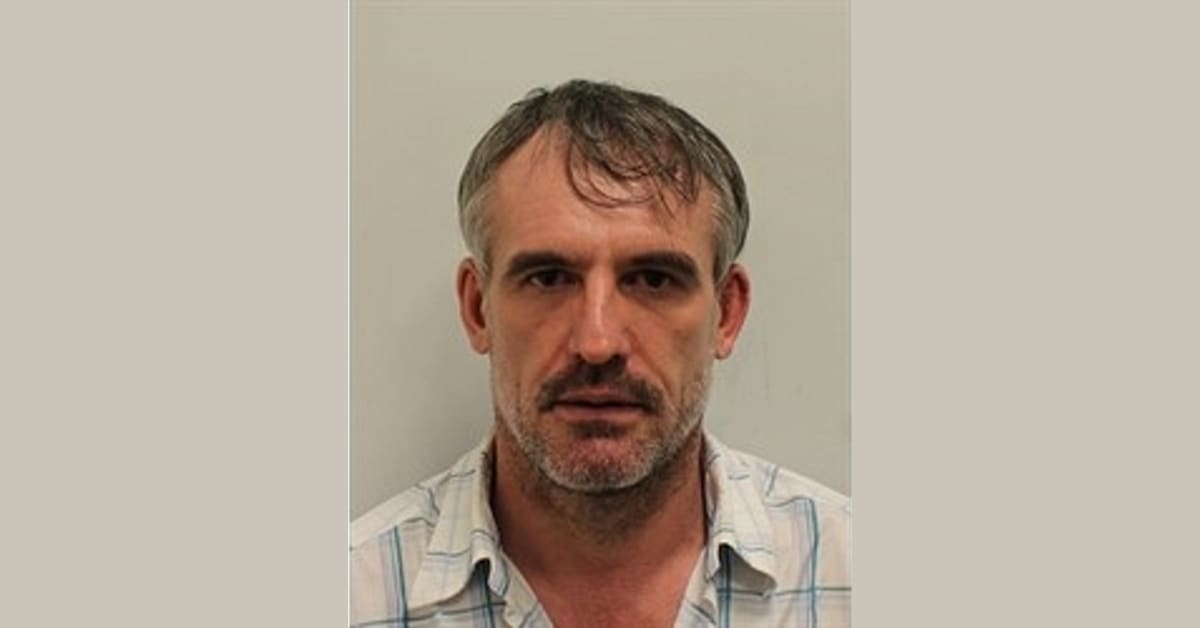 Officers from the Met’s Roads and Transport Policing Command are appealing for the public’s help to locate a man who is suspected of committing numerous thefts on London buses.

Gigi Bratasanu is believed to be aged between 40 and 45. He is 6ft tall, slim, with receding grey hair and a beard.

He has been linked to as many as 20 different theft offences on buses, all in the Newham area.

Officers want to locate him as soon as possible and believe the public can help.

Anyone who knows where Bratasanu is, or who has other information which may assist the police, should call 101, giving the reference 2108/27JAN.

Information can also be provided to Crimestoppers, anonymously, by calling 0800 555 111 or visiting www.crimestoppers-uk.org. 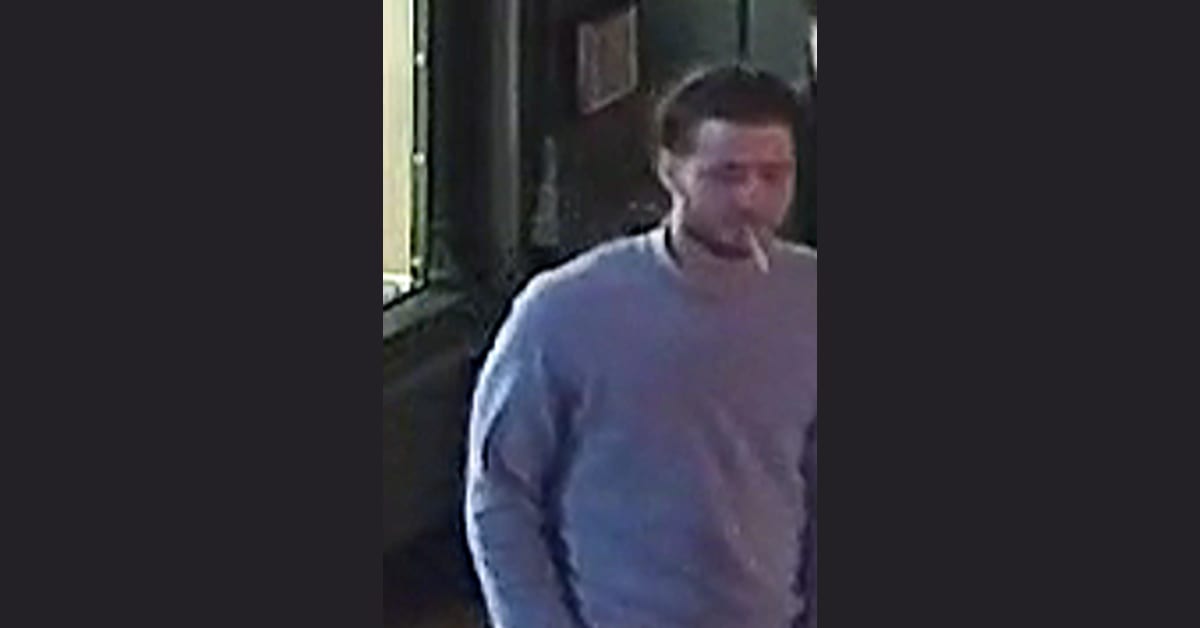 Police investigating an assault in Bromley have released an image of a man they would like to identify as part of their investigation.

At approximately 23:30hrs on Friday, 10 December the victim – a man aged in his 30s – was in Market Square, Bromley when he approached another male asking for a light for a cigarette.

The male appeared to ignore the request and then became aggressive, punching the victim once in the head.

The victim left the scene and later went to hospital where it was confirmed he had suffered significant facial injuries; they will require ongoing treatment.

“This was a vicious assault which has left the victim with lasting injuries. The incident escalated quickly but I know there would have been several people in and around Market Square at that time of the evening. If you saw anything that could help the investigation, please contact police.

“I would also ask anyone who recognises the man in the image we have issued to call so we can speak to him about this incident.”

Alternatively, you can provide information anonymously to the independent charity Crimestoppers on 0800 555 111.

There has been no arrest; enquiries continue. 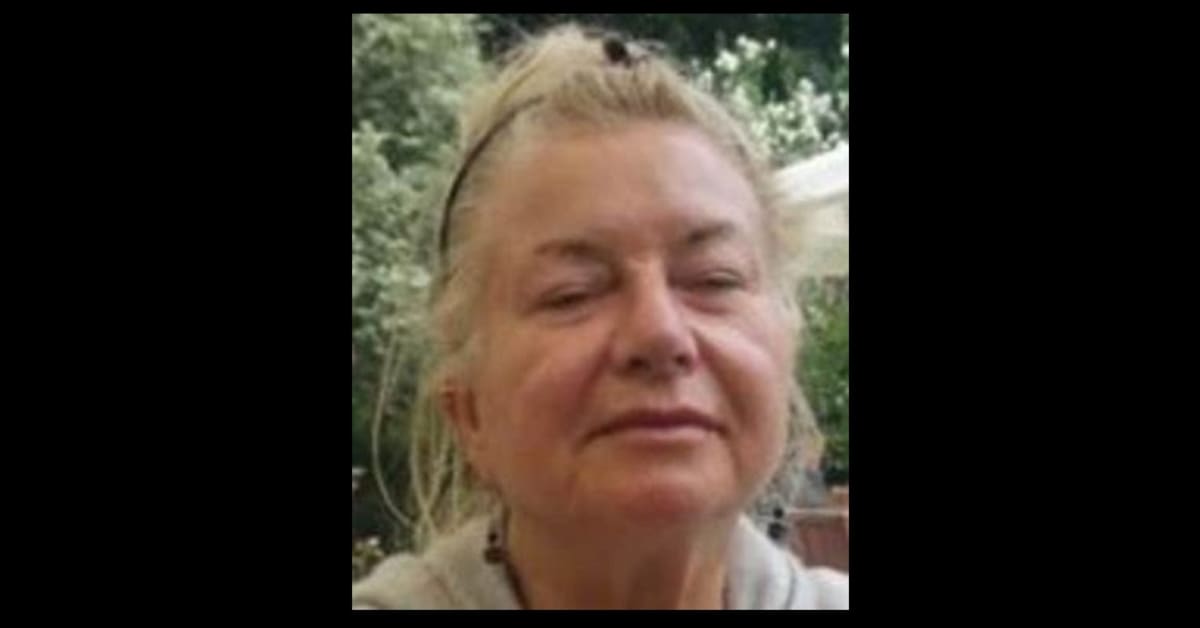 The family of a missing 70-year-old woman from Highgate are urging anyone who has information about her disappearance to get in touch with the police.

Norma Girolami was last seen in mid-August 2021 and a murder investigation was launched in October 2021.

Her cousin, Pia Graham, said: “We miss you so much Norma. Christmas was such a hard time for us because we know it was a time you loved, seeing us and being around family. Going to St Joseph’s for Christmas Mass. Helping those less fortunate than you.

“I would ask everyone to look closely at these pictures and think about whether you recognise Norma. Did you see her last summer? If you think you might have information – even if you aren’t completely sure it was her or don’t remember exact dates – please contact the police. No piece of information is too small.”

Norma lived in the Highgate area of London and regularly travelled to Brent Cross to do her shopping, using public transport to make her way there. She was also a member at Archway Leisure Centre.

She also liked to visit Leigh-on-Sea and made a trip there on Thursday, 19 August, taking the train from Barking before returning to London later that day. Norma’s communication stopped that same evening.

As part of their investigation, officers are also releasing an image of a car they believe may be linked to Norma’s disappearance.

Detective Chief Inspector Jo Sidaway, leading the investigation, said: “Norma’s friends and family faced their first Christmas without her and have had to start a new year still not knowing exactly what has happened. We are working tirelessly to get them the answers they so desperately need.

“Norma’s normal activities and communication stopped on the evening of 19 August and the fact that she has been missing for so long, and that all proof of life has been negative, means we are treating this as a murder investigation.

“We are urging anyone who knew Norma or regularly saw her to come forward and speak to us, whether it be a neighbour or someone who works at a shop that she visited frequently. Any information about her daily routine could prove vital to our investigation.

“We are also asking everyone to look at the image of the grey Kia Niro and to think about whether they saw it between Thursday, 19 August and Friday, 1 October 2021 in the Highgate and Finchley areas of north London.

“The car could have also been using a vehicle warning sign in one of the doors which may have made it stand out more than others. Perhaps you saw it parked on your road or behaving suspiciously in the area.

“Please contact us with any information – it will be treated in confidence and if you don’t feel comfortable speaking to us then you can call Crimestoppers on 0800 555 111.”

A reward of up to £20,000 is now also available for information leading to the location of Norma. 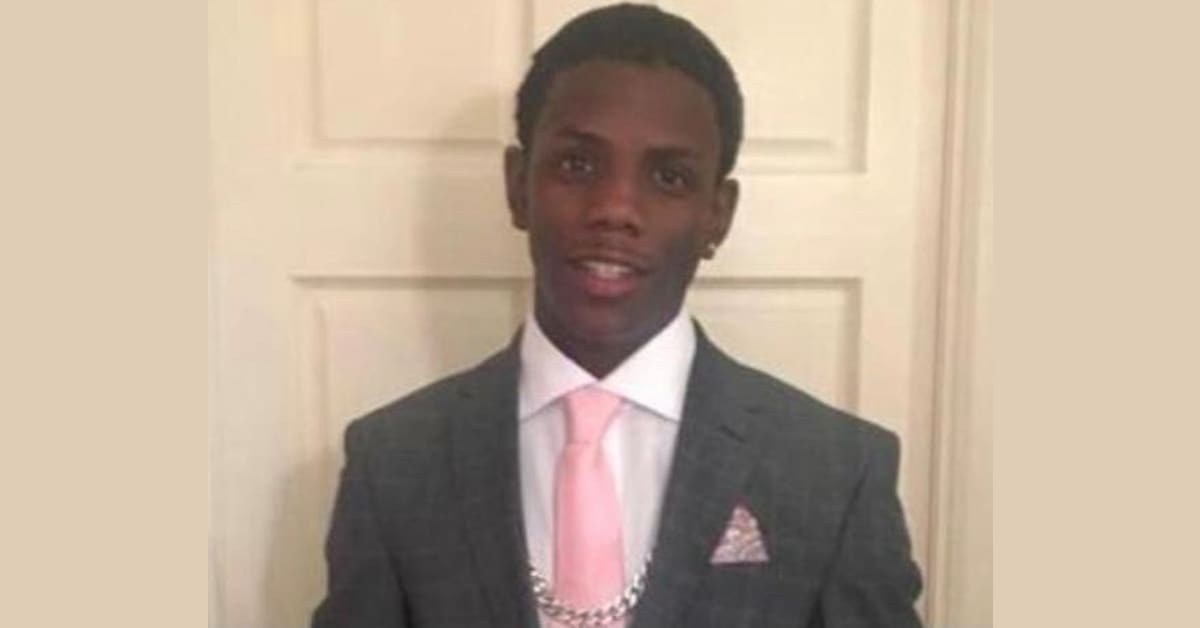 The victim of a fatal stabbing in Enfield has been identified as detectives continue to appeal for witnesses or anyone with information to come forward.

The victim has been named as 18-year-old Donovan Allen from Hemel Hempstead. His next of kin are aware and continue to be supported by specially trained officers.

Detectives launched an investigation after receiving reports of a stabbing at approximately 18:10hrs on Monday, 7 February in Ayley Croft, Enfield.

Officers attended along with paramedics from the London Ambulance Service and found Donovan injured.

Despite the best efforts of emergency services, he sadly died at the scene.

A post-mortem examination held on Wednesday, 9 February found that Donovan died from a single stab wound to the chest.

A 14-year-old male was arrested at the scene on suspicion of murder. He has been released on bail until a date in early March.

Detective Chief Inspector Linda Bradley, leading the investigation, said: “We are providing specialist support to Donovan’s family as they go through the most unimaginable of times and we are doing everything we can to identify who may be responsible for his murder.

“Donovan’s family deserve to know what happened to him and we are working hard to give them those answers. Our investigation is continuing at pace but I want to reiterate my appeals to anyone that may have witnessed the incident or knows anything about who may have be involved.

“We urgently need to speak to anyone with information, particularly anyone who may have heard or seen anything suspicious in the vicinity of Bonnington House, Ayley Croft in Enfield on Monday, 7 February at around 18:00hrs. Did you see anyone running away from the area or notice anything out of the ordinary?

“Even if you think the information you have may not be of great importance, please share it with police as it may help us piece together the events that led to Donovan’s tragic death.”

Chief Superintendent Simon Crick, in charge of local policing for Enfield and Haringey, said: “The family of this young man have been devastated by his death and my thoughts are with them.

“Detectives are working at pace to investigate this attack and I would also add my appeal to the public to get in touch if they have any information that could help the investigation.

“Police officers remain in the area, where they are speaking to members of the public and doing door-to-door enquiries. Local residents can expect to see an increased police presence in the area and I would encourage anyone who has concerns to please speak to officers

“We remain committed to working with the local community to address any concerns they may have.”

Anyone with any images or footage relevant to the investigation is asked to upload them by visiting the online major portal:

Anyone with information is asked to contact police via 101, quoting reference CAD 5753/07FEB. To remain anonymous contact Crimestoppers on 0800 555 111.

Any young people who have information about violence, firearms or knife crime, can visit Fearless where they can pass on information anonymously – your I.P address will not be traced. Fearless is part of the Crimestoppers charity, and is also independent of the police.

OAKLAND—The FBI San Francisco Division and the Oakland Police Department are asking for the public’s help in solving the murder four years ago of Patrick Scott, Jr. The FBI is offering a reward of up to $20,000 for information leading to the arrest of the individual(s) responsible for Patrick Scott, Jr.’s death, and Oakland Crime Stoppers has offered an additional reward of up to $10,000 for information.

On the morning of February 3, 2018, Patrick Scott, Jr., 27 years old, was waiting at the bus stop at 62nd Street and Market Street in Oakland, California, to go to his grandmother’s house. An unknown person approached him and fired multiple shots, fatally striking him.

“We are asking the community to please come forward if you have any information on the senseless murder of Patrick Scott, Jr.,” said FBI Special Agent in Charge Craig Fair. “We believe someone has knowledge that can help law enforcement solve this crime. Please help us find justice for Patrick and his family.”

“I continue to support the pursuit of justice for the homicide of Patrick Scott, Jr.,” said Oakland Police Chief LeRonne L. Armstrong. “OPD continues to be committed to identifying the individual(s) responsible for the homicide of Scott, Jr. and all families of unsolved homicide victims in Oakland. I join the Scott family in asking the public, if you have information that can help this investigation, please share it with law enforcement.”

Anyone with information about this case is asked to call the Oakland Police Department Homicide Section at 510-238-3821 or the FBI San Francisco Division at 415-553-7400 or online at tips.fbi.gov. All tips may remain anonymous.

*For media inquiries, please contact the Oakland Police Department at (510) 238-7230 or OPDMedia@oaklandnet.com or the FBI San Francisco Media Office at media.sf@fbi.gov*

The FBI Washington Field Office is aware of bomb threats that were made to several Washington, D.C., high schools on Wednesday, February 9, and is working with the D.C. Metropolitan Police Department and ATF Washington Field Division to investigate them. The FBI takes these and all threats seriously and asks that anyone with information about them contact the FBI at 1-800-CALL-FBI or submit it online to tips.fbi.gov.

Xaveriana Cook of Illinois has been sentenced to 84 months in federal prison for her role in a shoot-out that occurred in Oxford in May of 2020.

Thomas King Robb, Jr., of Madison, has been sentenced to six months in prison for embezzlement by a bank officer.