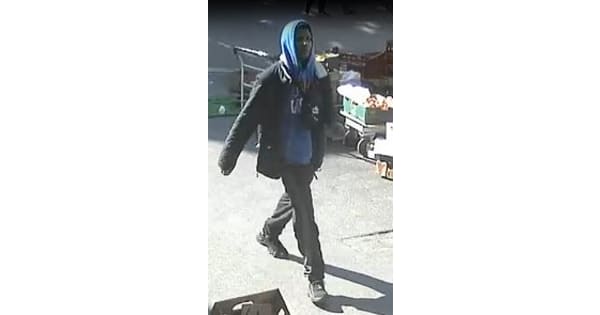 Detectives are appealing for help to identify a man they wish to speak to in relation to a series of sexual assaults in south London in April.

On the afternoon of Sunday, 4 April, three women were touched inappropriately, by the same man, in the space of just a few minutes.

The incidents took place in East Street, SE17 at around 14:40hrs.

Police were initially called after a woman in her twenties, who had been walking along East Street, was approached by an unknown man who suddenly lunged towards her and inappropriately touched her, causing her to fall to the ground.

Members of the public quickly intervened and the police were alerted.

The man was then seen to walk off in the direction of Blackwood Street.

CCTV enquiries later revealed that another two women had been assaulted by the same suspect in a similar manner just minutes before the above incident took place. The two earlier victims are yet to be identified.

Officers have released a CCTV image of a man they wish to identify and speak with.

He is described as a black man, aged in his 30s or 40s and of a slim build. He was wearing a blue hooded jumper, black Puffa jacket and dark-coloured tracksuit bottoms with a white stripe on the outside of the leg.

Detective Constable Jack Bailey, investigating, said: “We are appealing for anyone who recognises the man in the picture, or who has information that would help us to identify him, to contact us.

“We also want to hear from the two other women who were assaulted or from anyone who was in the East Street area at the time and who may have seen this man acting suspiciously or inappropriately.

“Tackling violence against women and girls is an absolute priority for the Met. We want women to feel and be safe on the streets of London. We are determined to hold this man accountable for his actions and prevent him from causing further harm.”

Anyone who recognises the man pictured is asked to call 101 or tweet @MetCC, providing the reference CAD3953/04APR.

Information can also be given anonymously by contacting the independent charity, Crimestoppers, on 0800 555 111. 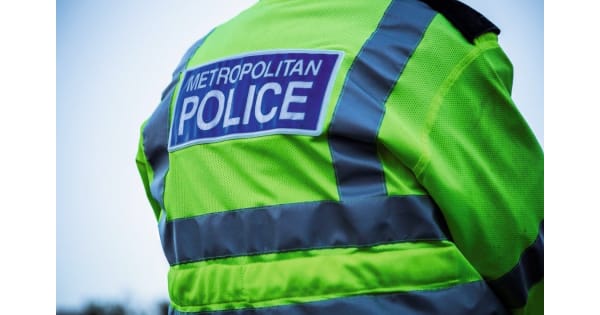 Detectives are appealing for information after a man was seriously injured in a stabbing in Tooting.

Police were called at 19:40hrs on Friday, 14 May after a 25-year-old man presented himself at a south London hospital with stab injuries. He remains in a critical condition. His next of kin has been informed and are being supported by specially trained officers.

Officers carried out enquiries which established the victim had been assaulted approximately ten minutes earlier at a restaurant in Upper Tooting Road, SW17. A crime scene was established.

A 39-year-old man was arrested on suspicion of attempted murder and remains in custody.

Detectives from the Met’s South West Basic Command Unit are investigating and would like to hear from anybody with information about the attack. 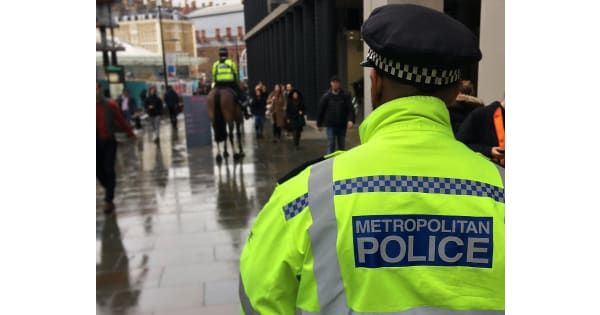 Nine officers were injured as they worked to disperse crowds outside the Israeli Embassy in Kensington this evening (Saturday, 15 May).

Missiles were thrown in small pockets of disorder following a day of largely peaceful protest, which saw police engage with the crowds.

Superintendent Jo Edwards, in charge of the policing operation, said: “We once again saw police come under fire from missiles and several were injured as a result of this. It is totally unacceptable and I wish those officers a speedy recovery.

“Throughout the day, officers sought to engage with people who had gathered to demonstrate, and encourage them to disperse to help protect themselves and others during this public health crisis. Where this approach did not work and officers were met with hostility, they took enforcement action.”

PORTSMOUTH, Va. — As we head into the warmer months and more people head out onto the water, officials at Coast Guard Sector Virginia encourages the public to be informed and ask questions when chartering a vessel. Illegal charter operations and unlicensed operators are a risk to the passengers and other boaters.

“It is critical that the public immediately report signs of illegal charter operations to the Coast Guard,” said Cmdr. Dean Horton, chief of prevention for Sector Virginia. “Virginians may be excited to engage in more activities this summer, and unlicensed captains may attempt to take advantage of the demand.”

The primary goal of ending illegal charters in Virginia is to increase passenger safety. Illegal charter vessel operations pose a threat to passenger safety. An illegal charter operator may dangerously overload a vessel, possess an unlicensed operator that is more likely to engage in negligent operations due to a lack of training, possess inadequate safety and lifesaving equipment and often fails to comply with vessel maintenance and construction standards.

Unlicensed vessel operators may not be aware that using their boat to take members of the public out for hire is illegal and may view it as a way to supplement income; however, it is against the law.

As we head into the busy summer, the Coast Guard urges the public to exercise caution before operating or chartering a vessel. For their safety, charter passengers are asked to consider these key questions:

For information regarding your boating operations or charter regulations, please contact Sector Virginia Investigations Division at (757) 434-0800 or via email d05-dg-sectorva-inv@uscg.mil

We urge the boating community to remain vigilant and report any suspicious operations to (757) 483-8567 or email SectorVACC@uscg.mil

Unified Command responds to container ship off coast of Monterey

SAN FRANCISCO — A Unified Command consisting of the Coast Guard, the State of California, and Resolve Marine is responding to a fire aboard a container ship approximately 50 miles west off the coast of Monterey.

The motor vessel NYK Delphinus contacted Coast Guard Sector San Francisco watchstanders at approximately 4:54 a.m., reporting an engine fire aboard the ship. There are 24 people onboard and no reported injuries.

The Unified Command’s priorities are the safety and well-being of the crew, controlling the fire, and mitigating pollution.

For more information contact the Joint Information Center at (415) 399-3436. Additional inquiries can be made to delphinusresponse@gmail.com

As Microsoft Commercial Virtual Remote Teams phases out on June 15, a cross-functional team of Air Force communication and acquisition experts are working diligently to welcome the workforce back to the enterprise Office 365 platform, primed to offer more robust features than ever before.

Thames Valley Police is appealing for witnesses following an assault in Milton Keynes.

At around 7.35pm on Friday (14/5), the victim, a man in his teens, was approached by two unknown males who ordered him to kneel and threatened him with a screwdriver outside The Point.

One of the offenders then punched the victim twice to the head. They ran away when members of the public tried to intervene.

The victim sustained red marks to his face, although did not require hospital treatment.

Both offenders are described as white males, aged in their mid to late teens.

The offender who threatened the victim and who was in possession of the screwdriver was approximately 5ft 8ins tall and of slim build. He was wearing grey bottoms, a shiny black puffa-style jacket with a grey hooded top underneath, white trainers and a grey woolly hat.

The other offender was wearing a black puffa-style jacked, dark green bottoms with stripes down the sides, white trainers and was also in possession of a black Nike rucksack.

Investigating officer, PC James Elliott, based at Milton Keynes police station, said: “This incident was a scary ordeal for the victim, who was faced with two unknown males, one of which was carrying a screwdriver.

“It occurred at a busy time of day in the middle of Milton Keynes and so I believe people must have seen this happen.

“If you have any information about what happened, please get in touch with police by calling 101 or making a report online, quoting reference 43210208443.

“Alternatively, if you wish to remain anonymous, you can contact the independent charity Crimestoppers on 0800 555 111 or via their website.” 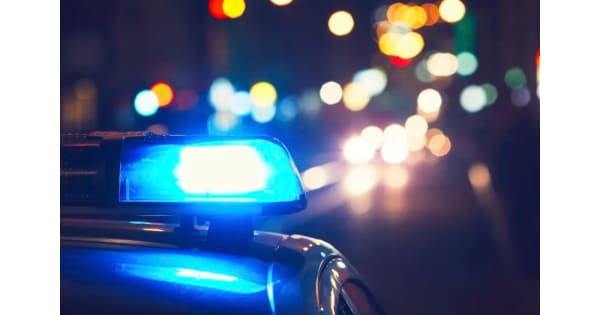 Two teenagers have been charged with the murder of Abdirizak Hassan in Putney.

An investigation was launched after police were called at approximately 11:05hrs on Thursday, 6 May following reports of a man found deceased at a residential address in Dowdeswell Close, SW15.

The man was later identified as 24-year-old Abdirizak Hassan. Abdirizak’s family are being supported by specialist officers.

They were remanded to appear at the Central Criminal Court on Wednesday, 19 May. 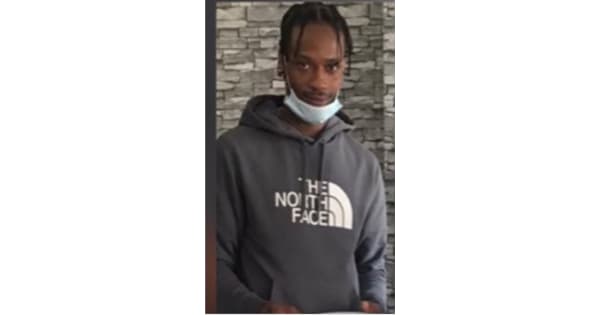 Detectives investigating the fatal shooting of Patrick Anzy in Hackney have made a further two arrests.

Both were arrested in the Birmingham area with the assistance of West Midlands Police. They remain in custody.

A 14-year-old male [A] and 25-year-old man [B] arrested on Thursday, 13 May on suspicion of conspiracy to commit murder have been released under investigation.

An investigation was launched after police were called to reports of shots fired in Gillett Square, Dalston at 00.56hrs on Saturday, 8 May.

Despite the efforts of emergency services, Patrick was pronounced dead at the scene. Patrick’s next of kin have been informed and formal identification has taken place.

A post-mortem examination on Tuesday, 11 May confirmed the cause of death as gunshot injuries.

Detective Inspector Andy McDonald, the officer in the case, said: “We would like to thank West Midlands Police for their assistance with the latest two arrests in connection with our investigation into the murder of Patrick Anzy.

“I am still very keen to speak to anyone who was in the Gillett Square area at the time of the shooting who may have witnessed the murder.

“Patrick was attacked in Boleyn Road, N16, in the early hours of Saturday, 8 May and, at the time, I believe there may have been a number of people around who may have seen or heard something.

“Any information, no matter how small, could prove to be crucial to this investigation and help secure some justice for Patrick’s family.

“Anyone who has information, including those in the Birmingham area, which could aid our investigation is urged to contact police, or Crimestoppers without delay.”

Anyone with information or any witnesses can call 101, reference CAD 412/08May,

Thames Valley Police can confirm that a missing boy from Maidenhead has been found.

Byron Pearce, aged 16, who was last seen yesterday (14/5) has been found safe and well.

Thank you to Berkshire Lowland Search & Rescue for their assistance in searching for Byron.

Thank you also to the public who shared our appeal to find him.